Today I am T-minus 72 hours and counting before re-entry back into the US. I’m starting to get excited because on the other side of the pond awaiting me are some amazing children and the sweetest grandchildren. All are ready for Christmas to arrive and Papa to come home. I land on the 21st and have three days to get my equilibrium sorted so I can be mentally and emotionally present when Christmas day finally arrives. I have a few Zimbabwean Christmas presents for everyone. They will be the most unusual presents I’m sure of that! 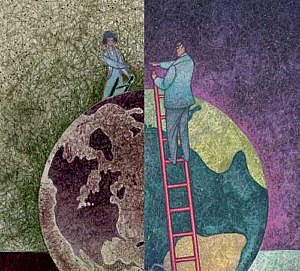 Re-entry to the States is always a challenging transition, not just physically but culturally. The US infrastructure is well maintained and runs efficiently therefore the pace of life moves significantly faster as a result. People even talk faster! The electrical grid outside of the occasional lighting strike or fallen tree which takes down a power-line hums along and is dependable. In Zimbabwe, power outages are a common occurrence and when it rains it’s just a matter of time before the power goes out. In the US there is always heat in the winter and A/C in the summer. Here Central Heating & A/C don’t exist so one can be stinking hot (literally) or shivering cold in the winter. Our fresh water resources in the US are abundant, and we can drink from the tap without fear of getting Cholera or Typhoid. Our roads are well maintained, our traffic moves along freely and there is a general sense of orderliness about our lifestyle. In Zimbabwe I am still trying to figure out if there are traffic laws! People drive here as though they are their own rule of law. I went to pick up a pizza the other night and we couldn’t get out of the parking lot because lines of cars were coming straight at us in both lanes!!! It was like a buffalo stampede. 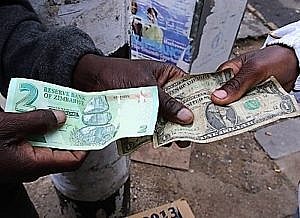 Then there’s the money, Zimbabweans have been forced by their government to purchase goods with a “funny” money called a Bond Note that is completely worthless outside of the country. Its like Monopoly money, only good for the game. Then the government insists that a Bond is equivalent to a Dollar but here’s the problem, they are the only ones who believe that because on the street a Dollar will get you 3-4 Bonds! The situation has gotten so bad that the Zimbabwean Reserve Bank can’t even find enough US$ to purchase fuel and it’s not uncommon for people to sit in line for 8 hours simply to get 30 Bonds worth of fuel for their vehicles. Tensions are high and there is a growing unease that things could get worse. My efficient thinking, process oriented, future planning mind collides with a different version of normal when I arrive here. After weeks of adjusting while continually working on slowing down my mind, learning to lower my expectations, I have finally settled in to the rhythm of life here. Now, after all that, I am about to reverse engineer my life again and attempt to reset it back to original US factory settings. LOL!  It’s one of the reasons why those of us with this lifestyle look a bit like “deer in the headlights” when first getting off the plane after being away for months on end.

OH, TO BE INDEPENDENT AGAIN 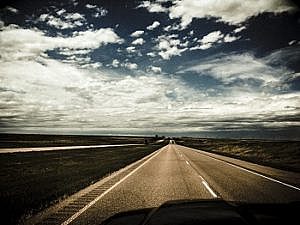 It sounds funny but one of the things I am most looking forward to is sitting behind the wheel of my own truck and driving myself somewhere…anywhere! For half the year I have been driven around by kind friends and taxi drivers. It has been a humbling experience for this extremely independent man who has suddenly had to be dependent on the generosity of others. One of my biggest prayers is “Please God, can I have a truck in Zimbabwe, so I don’t have to be reliant on on others all the time!” Since we are in the asking space… a house would be nice as well. I have lived out of a suitcase for six months in 2018. I dream of not lugging a monster suitcase around the world all the time. 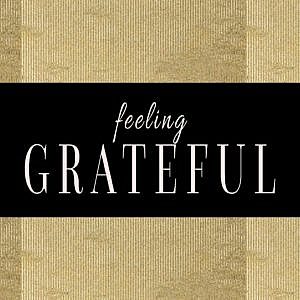 As I look back over 2018, I have an overwhelming sense of gratitude for a most unexpected year. Had you told me at the end of 2017 that I would spend six months in a country I was once banned from I would have laughed at you and yet that is exactly what has happened. Over the course of this year I have developed the most wonderful friendships with some of the most extraordinarily resilient people here. We Americans could learn a thing or two about how to make do with significantly less and yet in the midst of it all, Zimbabweans find joy in the simple things. People here have learned that relationships matter far more than stuff! I find it particularly sad that the impression the world has of Zimbabweans is filtered through the corruption and ineptitude of its past government when the people here are kind, generous and determined to build a better country.

I am particularly excited about what they call here the “Born Frees”. They are the generation born after the War of Independence and are waiting their turn to shape the nation’s future. They have seen the mistakes of their parents and grandparents and how their bad decisions have negatively affected all their lives. They have a vision for a very different country. The Revolutionary Generation is currently in a mad dash to try and rectify their mistakes lest future historians be unkind to them. Their revolution hasn’t brought the economic prosperity to the masses as was once promised them. In fact, the few who have accumulated great wealth have alienated the masses creating a certain uneasiness here. If the current government doesn’t make some radical changes soon, they are in danger of getting a revolution from the revolution.

I have been particularly humbled by the reception I have received here in Zimbabwe as it was most unexpected. Why God would pick someone from middle America and give him a heart for a nation few around the world know much about defies reason. I have often asked myself why and have yet to get an answer. At this point I have quit asking and simply respond to what is in front of me. Something which I need to share with all of you is how profoundly grateful I am for your support. This has not been an easy journey. I have had to return to the place of my greatest pain and by the grace of God, find forgiveness in my heart towards people who haven’t asked for it! God is asking me to bring hope to the hopeless, uplifting the downtrodden and healing those with wounds so deep for so long that pain has become their norm. 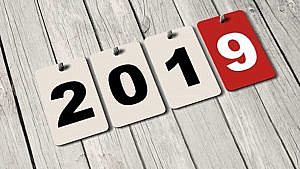 After some much needed rest and family time I plan on getting back to writing as we have books to finish, Vision Statements to write and White Papers to produce. In between all that I am going to attempt to raise $1,000,000 to get our National Centre for Peace Initiative off the ground here. I am very grateful to have quality relationships here which have resulted in the NCP launching with a great Board of Directors all passionately committed to healing this nation. I look forward to our Board meetings because I know it is going to be productive and stimulating. The Board appointed our first National Director, Abigail Musasa this last week. Abby is an impressive woman who brings a healer’s heart to a nation of people desperately in need of healing. When you add her brilliant mind and strong leadership skills the Centre is in good hands for 2019, its inaugural year. I look forward to working closely with Abby while remaining in the background. It is extremely important this project be a Zimbabwe led initiative.

Abby has been busy working on our healing and economic development strategy we are calling MHU’s (Mobile Healing Units). We are looking at building out a truck with a huge LED screen TV on the side complete with sound system and recording equipment and able to haul a canopy and supplies for a week. This will allow us to go out to the highways and byways and reach the people who are hurting the most and yet have been forgotten. I have noticed the tendency here to hold large church events in the cities but those most affected by genocide and other seasons of violence don’t have the financial resources to come into town and attend such events. We need to go to them. 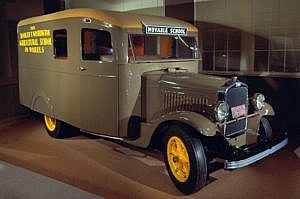 In the early 1900’s, in the poor rural southeastern US, renown scientist George Washington Carver and the President of Tuskegee, Booker T. Washington, developed the idea of a mobile classroom they called “The Jesup Wagon”. The wagon was named for Morris K. Jesup, a banker and philanthropist who funded the initial construction and acquisition of mules, rigging, and instructional materials. Later, as automobiles came into vogue the school was housed in a truck. The idea was to take the training and education to the people who needed it the most but couldn’t afford university fees. Our model borrows heavily from the Jesup Wagon concept.

After months of prep work with local authorities and developing the necessary relationships to pull off such an event, we want to travel to various villages and set up the MHU for a week. The first three days would focus on healing from trauma, peace & reconciliation, learning to forgive, and conflict resolution. The next two days would focus on economic development in the agricultural sector which in Zimbabwe is the low hanging fruit. The nation has abundant agricultural lands, but small scale farmers haven’t been taught proper farming management or methodology. Our friends at Foundations for Farming and Turning Matabeleland Green are partnering with us to empower poor rural farmers with the means of prosperity…better farming techniques. The last day of the event will be a time of celebration and music. Every night the MHU will show a movie which will inspire and create interest in the following day’s activities.

The NGO world in Zimbabwe tends to be a bit factional and territorial as groups try and make a case for relevancy. This has resulted in an “every man for himself” environment. At the NCP, we have a “United we Stand, Divided we Fall” perspective and therefore plan to work as a unifying force to bring the various groups together allowing them each to bring their core competencies to the table. We think this is a far more effective model as it demonstrates the core values of what the NCP stands for- God’s Diversity working together in Harmony. Abby’s initial research and networking has revealed the skill sets are there and the willingness to work together exists. The only thing left is to find the funding to underwrite these Healing events. It is my prayer that our friends and partners around the world will help us raise the funds to set up our offices, purchase vehicles and hire the staff necessary to release the Peacemakers and Healers to those so desperate for a healing touch.

Thank you once again for having my back this year as I embarked on this extraordinary journey back to Zimbabwe. I wish all of you a most Merry Christmas and a Happy New Year. God Save Zimbabwe in 2019! 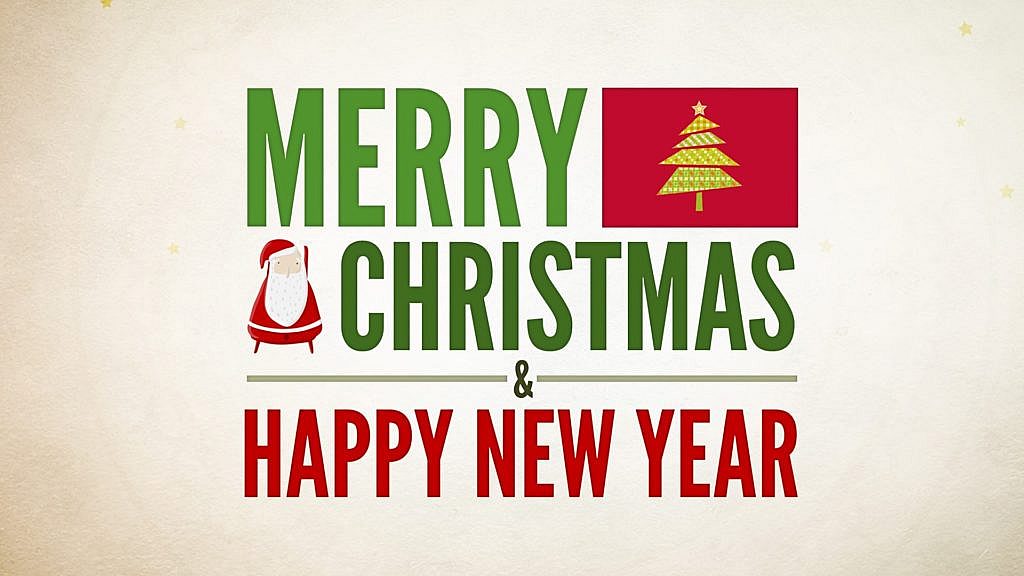