In Part 1 of “It’s All About me! – Or Maybe It Isn’t” I shared a deeply personal journey which painfully brought me to an awareness that a significant cultural shift was taking place; love was being redefined. For centuries love was an expression of personal sacrifice on behalf of others. Societies honored people based on what they gave up in their efforts to help others. Christianity was the epicenter of this perspective as it was fundamental to the teachings of Jesus. Over the course of a generation, the focus of love shifted inward to what was called self-love and has increasingly become the cultural norm. Just like the Greek mythological character Narcissus[i], from whom we get the term narcissism, many of us are so infatuated with ourselves and our needs, we are in danger of falling over the edge and drowning in the reflection of our own image.

To my observation, the shift started in the 1960’s.  Before that will really make sense for everyone, we need to back up a little further.  As generations go, the World War II generation was the last of the “we” generations. Before the Boomer generation came along, people found their significance or value in where they fit in their community and the sacrifices they made for it. Later generations struggle to fully grasp this, but such ingrained values were readily apparent when the necessity for a huge influx of military recruits were needed to fight tyranny in both Europe and the Far Eastern fronts during the war. Think about it. Not only did millions rush to sign up and fight, some were so eager that they lied about their ages and enlisted at 15 or 16 years old! In their minds, their communities and families were threatened and it was their civic duty to lay their lives down for their good. The preservation of the community was paramount over 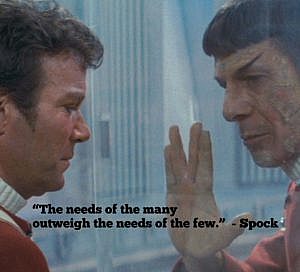 the individual. As Dr. Spock of Star Trek fame would say in The Wrath of Khan “the needs of the many outweigh the needs of the few” to which Captain Kirk responded “or the one!” Their willingness to sacrifice for the good of the community was natural and a part of the societal fabric.  But their sacrifice came at a hefty price; not just in blood and treasure, and a loss in fathers and brothers, but the many who did return, returned from the war emotionally damaged and unable to be emotionally intimate. All this created a deep emotional void in their children, the Boomers. As a generation, in an attempt to fill the void, they began to ask the question “Where’s the love?” and set out on a course to find it, throwing off all restraint with devastating consequences.

Into this emotional void stepped two voices which would redirect people’s focus from others to self, and the “It’s All About Me” ethos was born. The first of these was atheist Ayn Rand (born Alisa Zinov’yevna Rosenbaum), a Russian philosopher who first came to the US in 1925. She espoused a philosophy she called “Objectivism” describing its essence in her 1957 book Atlas Shrugged as “the concept of man as a heroic being, with his own happiness as the moral purpose of his life, with productive achievement as his noblest activity, and reason as his only absolute.” [ii] Rand believed that the most enlightened people were self-serving, upwardly mobile, inherently selfish and not ashamed of it. Her books sold nearly 30 million copies and her influence on American society was significant. The irony here is that Rand herself lived a miserably unfulfilling life. One of her students, former Chairman of the Federal Reserve Alan Greenspan would say of her “Rand was a self-alienated drug-addicted psychopath. To her, people should act like robotic and inevitable logical syllogisms”. Her quest to find self-love produced loneliness and despair. It’s too bad she didn’t heed the words of Jewish King Solomon. His insights could have saved her a great deal of pain. 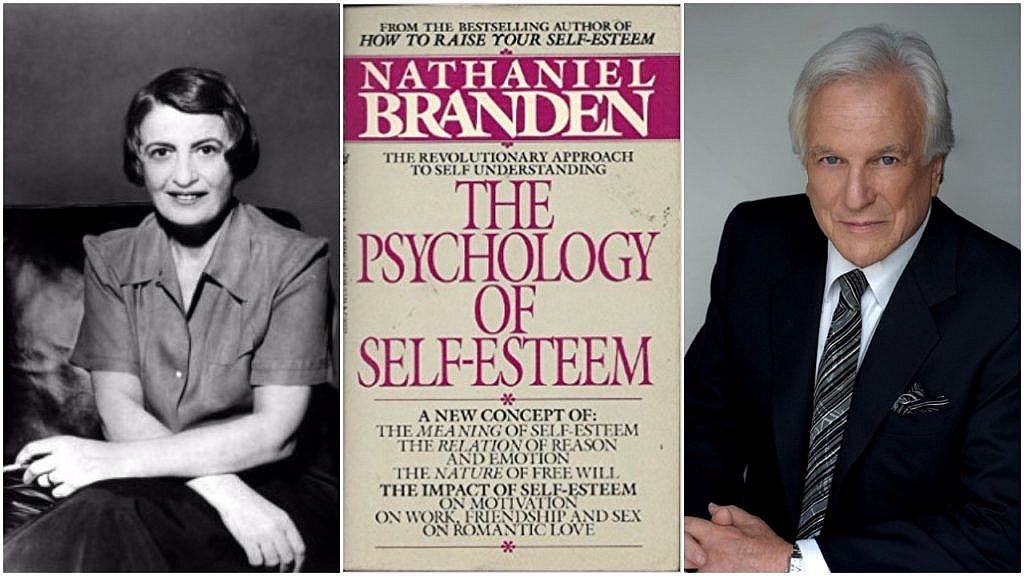 Another of Rand’s disciples/students was a young man named Nathanial Branden who was twenty-five years her junior. The two of them would have an affair which started in 1954 and lasted for over a decade. In time, Branden would fall in love with another woman and an ugly fight would ensue with the discarded Rand. Branden would go on to become a world renown psychotherapist and the father of the Self-Esteem movement in the 1960’s.

The cultural shift was on and Branden’s 1969 book The Psychology of Self-Esteem was a huge hit despite Rand trying to destroy his credibility in a fit of rage. From there new “self” movements were hatching at unprecedented speed; Self-Help, Self-Fulfillment, Self-Awareness, Self-Respect, Self-Actualization and many more I’m sure you could name. In a decade we went from its all about “we” to its all about “me”. Driven by legitimate pain, a whole generation in their search for love, happiness and meaningfulness fell prey to their own self-centeredness. What was once looked down on as a thing to be mastered, self-centeredness was now being celebrated as a new freedom. It was healthy to be selfish!

As the Self Movement” was gaining traction in American society the Christian community was infiltrated by the same philosophy. The message shifted from the message Jesus preached and Dietrich Bonhoeffer articulated when he said “When Christ calls a man, he bids him come and die” to one that invites you to become a Christian because God wants to give you lots of stuff and make you feel better about yourself. People lined up in droves to sign up for “Candy Land” because “the Candy Man can…” 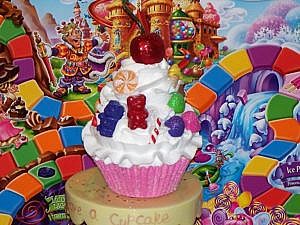 –From the Soundtrack for Willy Wonka &the Chocolate Factory

I hope I’m not coming off as overly simplistic or reductionist, nor being overly harsh. What I am wanting to convey is just how extreme the shift was and hopefully give you some perspective as to how what is “normal” today looks very different from how things were just a few decades ago. Jesus saw “self” in a very different way than how we view it today. “Self” from his perspective was associated with our primal instincts based on self-preservation. It was our base nature and it needed to be tamed/transformed, which could only be done through the power of the Holy Spirit. Think about how radical Jesus’ teachings were. He said if you have two of something give half of it away. He said to take the lowly place, to sit at the far end of the table at first, far away from where the action is and wait. Those are things that militate against our self-preservation and self-centered natures. He taught that if you love someone lay your life down for them. That is the very opposite of self-preservation. I think this is one of the reasons why these passages are so rarely talked about anymore. They are uncomfortable in the current me-centered climate of church life.

Q: After decades of traveling down this road in the Self-Esteem bus, where have we ended up? A: Lost, disillusioned and unfulfilled. As we discussed in the blog “Houston, We Have a Problem” a couple weeks ago, all this has resulted in a mass exodus from institutional religion, driven by profound disappointment. People didn’t get the results they were promised. They can’t get their money back, so they’ve just up and left, never to return. Even those within the Psychological community are now admitting the results of embracing Branden’s philosophy is a generation of narcissists who are in fact spineless, having difficulty coping with the harsh realities of life that are not centered around them.

So was Jesus simply being harsh like some mean parent telling us “no” and what not to do? Was he being cruel in calling us to deny self and lay our lives down?  Or did he perhaps know something about humanity which we have failed to grasp, and may not recognize in ourselves?” It’s clear that in our quest for happiness and self-fulfilment we have ended up with a profound sense of emptiness. We’re left searching for something more meaningful. Why is that?

One of the least read books of the Bible is Ecclesiastes (I even had to use spell-checker to spell it right!). It’s hard to read because the conclusions are not ones we want to hear. And just like King Solomon discovered, we too learn as we grow older there is a great deal of vanity about life. For all our efforts and achievements, we can’t take any of it with us and much of what we leave behind gets mismanaged by those we leave it to. The quest to be happy is driven by selfishness that in the end doesn’t produce it.

Renowned Viennese psychiatrist Viktor Frankl, a survivor of the Nazi death camps, wrote in his 1946 work Man’s Search for Meaning: “It is the very pursuit of happiness that thwarts happiness.” [iii] What Frankel observed in working with Holocaust survivors was those who survived saw life as having meaning versus those who believed it was supposed to make them happy. Further psychological research has concluded in recent years that leading a happy life is associated with being a “taker” while leading a meaningful life corresponds with being a “giver.” As the authors of a new study due to be published this year have concluded, “Happiness without meaning characterizes a relatively shallow, self-absorbed or even selfish life, in which things go well, needs and desire are easily satisfied, and difficult or taxing entanglements are avoided.”

So what did Jesus know about us? He understood how we were created and what actually brings us fulfilment. And contrary to the psycho-babble of the “me” generation in pursuit of “self-fulfilment”, it’s NOT found being self-centred! In other words, the very thing that is the source of our downfall, thwarting our capacity for meaningful fulfilment is something that has infiltrated our culture much like a Trojan Horse.[iv]  In contrast, when asked what the essence of his teaching was Jesus said it simply, “Love God, love your neighbour,” neither of which have anything do with the question/motive of “what do I get out of this” and yet ultimately gives our lives great meaning and a sense of fulfilment. It seems to me, based on what Jesus taught and what psychology has confirmed, in order to find true, lasting happiness, we need to be looking for ways to help others, as opposed to this misguided pre-occupation with “self.”  It is in loving God and loving others that our lives will find meaning. 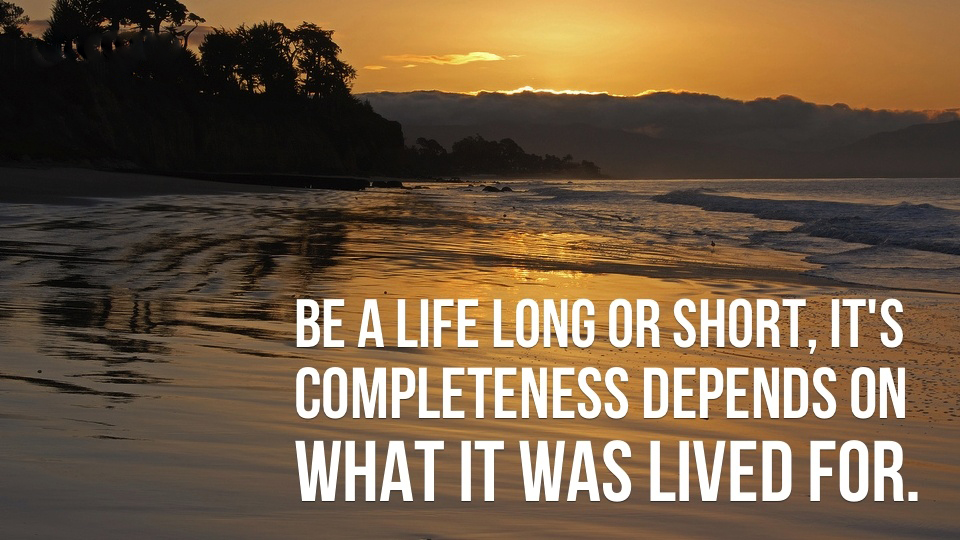